Established by Samuel Ganz and sons Jack and Sam in 1950, this privately-held family company is now headed by the founder's grandson, Howard Ganz. Corporate Headquarters are located in Toronto, Canada, with U.S. offices in Atlanta and Los Angeles, and overseas offices in Hong Kong and Shanghai.

As the story begins... shortly after WWII, Samuel Ganz made his way to New York City, while his sons Sam and Jack, settled in Toronto. On one of his visits to see them, Samuel brought along a doll he had seen produced in New York. After making a few contacts, and holding discussions, Ganz Toys was in business!

When Howard joined the company, this marked the third generation of the family to be officially involved in its operation.

The company's quality control is considered to be among the best.

Here's why: as part of the development process, we have a staff of product managers who monitor product development directly from the GANZ Far East Operations Headquarters in Hong Kong, with support offices in China. The highest standards of safety, material selection, design consistency, and packaging are met before a GANZ product is shipped from the factory.

As the firm continued to grow and evolve, the company name was changed to Ganz.

Ganz established collections of giftware, tabletop accents, candles and personal care, garden decor and more. The creation of Webkinz pets and the virtual Webkinz World launched a new chapter in the development of Ganz. 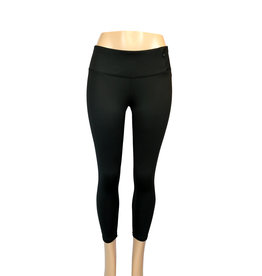 These workout leggings are stretchy and have a nice opacity. A small zippered pocket at the waistband can hold a key or change. Compression fabric and a high rise provide comfort and confidence. If you are needing workout clothes, these are a great choic
Add to cart
Noelle Noelle Workout Crops PNT3007 (S1)
$38.00