The year was 1926. Louis Borsook, was running a chain of Millinery stores when he got the idea of making and selling headwear. While in Europe he found Beret machines that had been abandoned in a barn. What followed was years of passion leading to the production of the renowned Dorothea Basque Beret (now known as the Classic Basque Beret).

Three generations and 95 years later, the Borsook family continues to embrace this proud family business whose creed is a blend of nationalism, innovation and tradition: Louis Borsook, Beryl Borsook, and now, Steven Borsook.

What started as a small dream for Louis has grown into a multi-faceted business that produces women’s gloves, scarves, sweaters and many other items.

(From Parkhurst About Us) 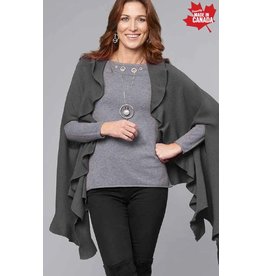 This lovely cape is a great alternative to a sweater. Warm and beautiful. This is a great find.
Content: 100% Merino Wool
Care: Hand Wash, Lay Flat to Dry
Add to cart
Parkhurst Venezia Merino Wool Wrap 22152
$87.00

Basic Turtleneck Sweater is a great layering piece. Neutral colors are great for combining with many outfits. Parkhurst quality is excellent. You will be enjoying this top for years to come.
Content: 100% Cotton
Care: Machine Wash Cold, Tumble Dry Lo
Add to cart
Parkhurst Ribbed T-Neck 74804
$79.00 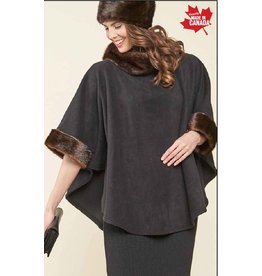 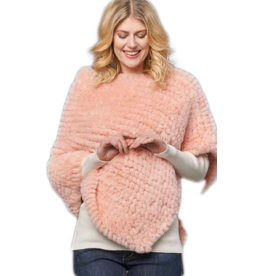 If you need to add a little glamour to your wardrobe, here is the perfect piece. Soft, feminine and ready for an evening out! Perfect cover up for cold restaurants.
Content: Knit Tricot, 100% Acrylic, Faux Fur, 100% Polyester
Care: Machine Wash, Lay
Parkhurst Gwen Poncho 17010
$84.00